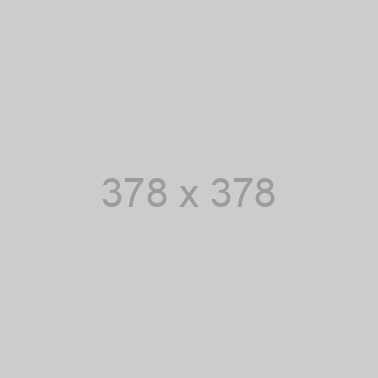 This week our tremendous Debate Club qualified for the final match of the inaugural TGAT 11-16 Debating Cup 2022.

The John Smeaton Academy Debate Club launched in October 2021 as part of our Enrichment++ programme. The club is led by Teacher of English, Miss Khan every Wednesday from 3pm-4pm. We were absolutely delighted when a strong group of Year 10 pupils (Kyra D, Mohammed I, Oscar H, Lucy J, Esme D, Thana N, Jayden F, Nathan N and Nojus V) all signed up to join the club and agreed to represent John Smeaton as part of this year’s Debating Cup!

The Debate Club spent 9 weeks researching and preparing for the debating matches which were due to commence in January 2022. This preparation stage was a rigorous process with each of the topics being split across the different team members to ensure there was an expert on each debating issue. The topics ranged from an array of topical and prominent issues in today’s society. This included: gender identity and pronoun use, absolute morality, cancel culture, the plastic pandemic, just to name a few. As part of their weekly Enrichment++, the students took part in mock matches against each other to ensure they were well-prepared for the matches against the other TGAT schools.

Once the Debating Cup launched in early January, the Debating Club had a match with one of the other TGAT schools almost every week across a period of 9 weeks. The JSA Debate Club performed outstandingly well in every single one of their matches and secured a perfect streak of winning every single match! They were on fire and we could not be prouder of them! Also, their achievements did not go unnoticed by the judges who commended them for their research and ability to articulate their ideas in a sophisticated and impressive manner. By the end of the match programme, the JSA Debate Club were informed they had secured a place in the final of the inaugural TGAT 11-16 Debating Cup 2022!

The final took place this week via Teams against students from The Ruth Gorse Academy. It was an incredibly intense match with JSA starting off very strong by winning the coin toss and presenting on the topic of ‘Absolute Morality’. The team shared intelligent opinions about the concept of Moral Absolutism and provided a range of examples to support their argument. They were then faced with tough questions from their opposing team and the judges! Each member of the club responded with great confidence and an impressive range of opinions and knowledge about the chosen topic. The team secured full marks for the commentary and response phase and the judges described their answers as brilliantly executed!

The match was incredibly enjoyable to watch and both staff and students alike were gripped throughout! We are very proud of the efforts of our wonderful Debate Club and whilst they were within ONE point of securing the title of overall winner, it is without doubt, that their performance could not be faulted by us.

Moving forward, the JSA Debate Club will celebrate their achievements in their Enrichment++ next week with a well-deserved Pizza Party! The Club will then be relaunched after the Easter holidays and pupils from all year groups will be invited to join. The current team will not only be utilised to mentor and coach the new generation of Debate Clubbers, but they too will have the opportunity to take part in a national debating competition when they start Year 11, The Ethics Cup, where they will take part in debating matches on a National scale with children across the country!

You can find out more about which cookies we are using or switch them off in settings.

This website uses cookies so that we can provide you with the best user experience possible. Cookie information is stored in your browser and performs functions such as recognising you when you return to our website and helping our team to understand which sections of the website you find most interesting and useful.

Strictly Necessary Cookie should be enabled at all times so that we can save your preferences for cookie settings.

If you disable this cookie, we will not be able to save your preferences. This means that every time you visit this website you will need to enable or disable cookies again.

This website uses Google Analytics to collect anonymous information such as the number of visitors to the site, and the most popular pages.

Please enable Strictly Necessary Cookies first so that we can save your preferences!